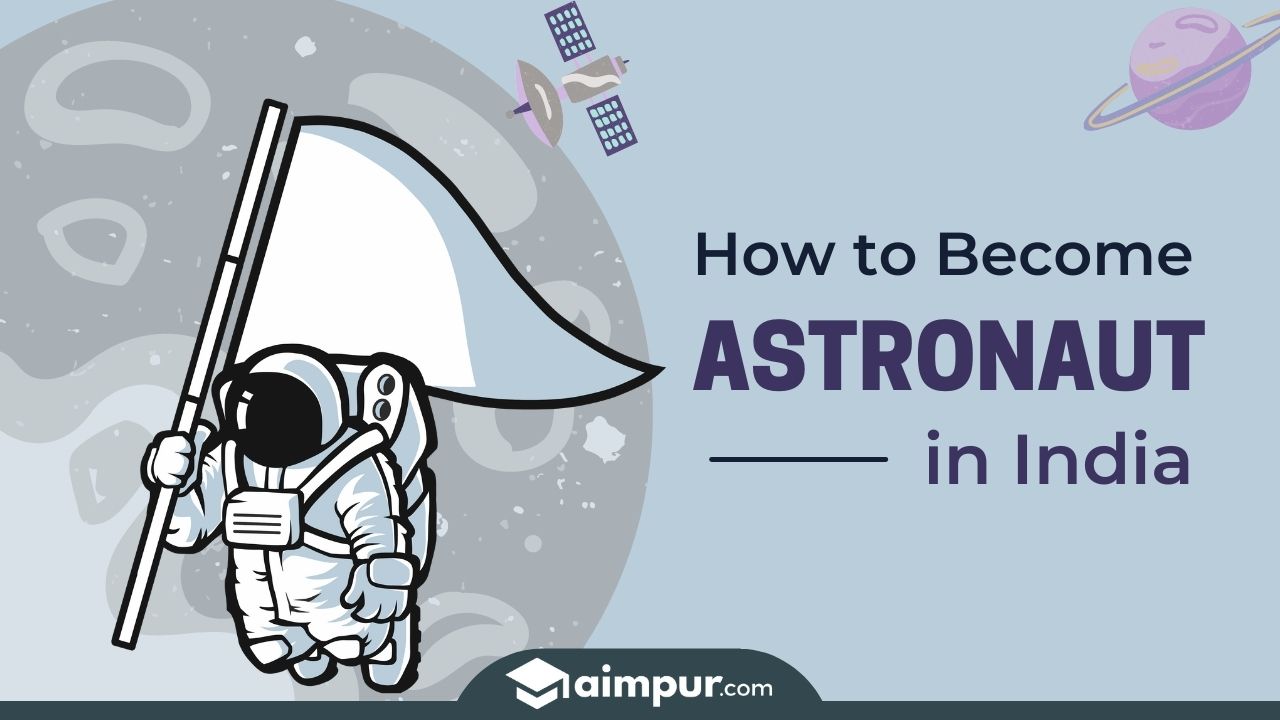 How to Become an Astronaut in India that’s a question which is asked by many students. That’s why today we have come up with the answer.

I am sure most of us remember our childhood dream of becoming an astronaut and flying in space, far away from the Earth. We all thought that one day we will be able to build a plane and travel to different planets, or at least go around the Moon!

But It’s not possible for us yet. The fact is no human has ever gone to space from our country, and the chances of it happening in the near future are also very less.

So before you prepare to become an astronaut, we have to build complete technology related to launching a Spacecraft with humans and also to bring that spacecraft to earth safely.

If you still want to become an astronaut then you can continue this career guide.

So let’s start it…

Who is exactly an astronaut?

Before preparing to become an astronaut, it is very important for you to know who exactly an astronaut is and what he does, so let’s know the answer to this question.

An astronaut is a person who travels into space, usually as part of a planned scientific mission. In quest of higher studies and research, astronauts travel to other planets and their satellites in space vehicles such as Sputnik, Vostok, and Columbia.

An astronaut is a pilot who flies spacecraft for the National Aeronautics and Space Administration (NASA) or the European Space Agency (ESA).

In contrast to other pilots, who usually fly regular commercial flights, the special thing about an astronaut is that he flies only in space.

Note: Actually comparing an astronaut to a pilot would not be fair.

An astronaut uses many tools to fly spacecraft such as simulators, computers, and numerous devices. He or she also gathers scientific data about the space around us.

Even though an astronaut is only temporarily in space, he or she must be prepared to face any emergency during the space flight.

What does an Astronaut do?

Astronauts are pilots who fly spacecraft, which are usually huge in size and must be sustained in space.

They work on many activities that include communicating with scientists on Earth, collecting data from orbit, conducting experiments, traveling to different satellites and planets in space.

They may also have to repair a spacecraft damaged during a failed mission.

How to become an astronaut in India?

You will be surprised to know that there is no organisation in our country, which can train you to become an astronaut. India has the capability and vision, but we do not have any specialists working on it currently.

You should be in the age group of 26-45 years and have a bachelor’s degree, preferably in engineering or space science. Because You can apply to become an astronaut only if you are a bachelor of science degree holder.

There are some major organisations in India which have the potential to conduct the required training for you to become an astronaut.

ISRO has now an opportunity to launch its first manned space flight to the world.

Must Read: How to Join ISRO As Scientist | In-Depth Guide

Eligibitity to become an astronaut in India

To become an astronaut in India, and be selected for a space mission, you must pass the following eligibility criteria:

Skill required to become an Astronaut:

Must Read: How to Become a Scientist in India After 12th | A Career Guide

Job scope of an astronaut

The job option for you as an astronaut will be very limited in India, in general. The reason for this is that India is still in the learning phase in space technology and research. Considering this situation, the only organization in India, which can give you your desired job is ISRO.

ISRO will offer the best pay scale to its astronauts if it decides to recruit them. As per media reports, the salary of an astronaut will be around Rs 15 lakh per year plus other benefits.

FAQs on How to become an Astronaut

Q 1: What is the best university in India to study astronautical engineering?

There is no specific university for astronautical engineering in India. But some of the names you can opt for are:

Read Also: What is IIT? Complete Information About Admission Process.

Q 2: Do I need to be well educated to apply for this job?

Yes, you should have passed your bachelor’s degree in physics, maths, and chemistry, with at least 60% marks.

Q 3: What is the job profile of astronauts?

The job profile for astronauts involves studying all details about the mission, onboard experiments, conducting tests, and collecting data. They also have to take care of their health and food intake during the space flight.

Q 4: What is the salary scale for an astronaut?

Astronaut’s salary depends on his work, so it is a bit difficult to answer this question. But still, if we talk about the average salary, then it is around Rs 15 lakhs per year.

Q 5: Do I need to be physically fit to become astronaut?

Yes, Every applicant should be physically fit, should not be less than 1.7 meters in height and should have a bachelor’s degree with at least 60% marks to apply for this job.

Q 6: Is there a spacesuit for astronauts?

Yes, the suit is designed to protect an astronaut from radiation, temperature variation, and pressure in space.

Yes, of course, we know many women who have worked as astronauts, one of whom is Kalpana Chawla.

Aimpur provides you content related to your Career Goal & New career options and also suggests How to choose the right career. If you don't have the Right Career Plan, don't worry. You have Aimpur.

Aimpur provides you content related to your Career Goal & New career options and also suggests How to choose the right career. If you don't have the Right Career Plan, don't worry. Aimpur here

Your E-Book in Your Inbox: Check Now